Head over to the Carousel Clouds Soundcloud page, where you can download an acoustic cover version of Christmas Time (Don’t Let the Bells End).

This festive song was performed recently at the Carousel Clouds Christmas Shindig, which raised £43 for the Fallowfield and Withington Foodbank. We would like to say thanks by making this version available as a free download – donations to the foodbank are always welcome. 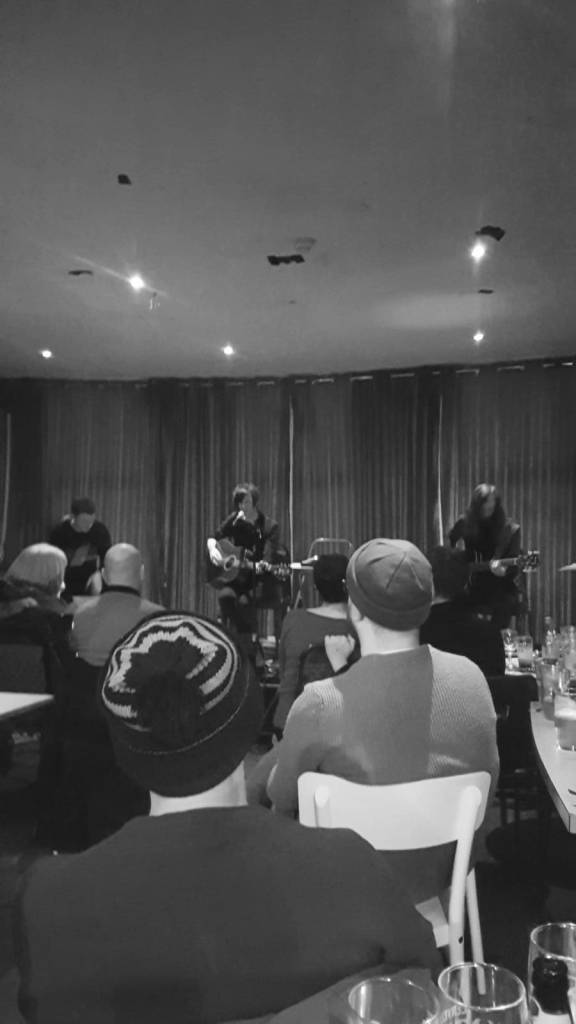 The original version of Christmas Time (Don’t Let the Bells End) was written and recorded by The Darkness.

Grace (Look No Further) will be released on 14th September, via Ranch Records. The single contains the tracks below, and will be available as digital download, on a name-your-price basis (including £zero), from the Carousel Clouds shop.